Starting with Ancient Greece twenty-five centuries ago, in what is ironically known as The Greek Miracle, human civilizations have seen several instances of thinkers arguing for reason over dogma and superstition. One such spark of reason became a flame in the 17th and 18th centuries and engulfed the Western civilization.

Known as The Enlightenment, the movement gave birth to a new way of thinking that transformed the world and gave us modern science, democratic values, human rights and freedoms that we enjoy and cherish today. Enlightenment gave us the world as we know it and also generated a response referred to as Counter-Enlightenment or Romanticism.

Modern architecture in India was persuaded by both – Enlightenment and Counter-Enlightenment discourses – and in order to understand its evolution, we must look at how architecture was impacted by these two movements.

This course aims to familiarize the students with the discourses of Enlightenment and Counter-Enlightenment in architecture. Through hands-on research, discussions, and writing sessions, the course shall enable students to write, read, assimilate, reflect and think critically about architectural practices. 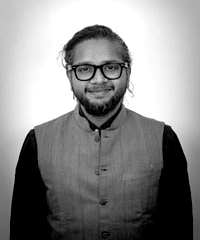 is an academic and architect. He received B. Arch at Aligarh Muslim University and M. Arch in History, Theory and Criticism at CEPT University, Ahmedabad. Fahad was awarded the Scott Opler Fellowship to Society of Architectural Historians, 2020 and CEPT Essay Prize, 2019 for his essay on ‘Challenges of Dwelling in Asian Cities’. Fahad has taught at CEPT University and works as a Researcher. 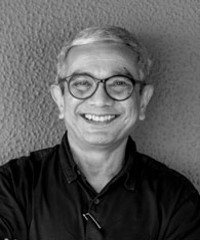 is an architect, urbanist and academic. He heads HCP as Chairman and MD, and since 2012, has led CEPT University as President. He received Diploma in Architecture from CEPT, Ahmedabad, and Masters in Architecture and City Planning and a PhD in City and Regional Planning from the University of California, Berkeley. He has been awarded the Aga Khan Award for Architecture and the Padma Shri.