Located in South-West France, Toulouse is the 4th largest city. With a history of more than 2 millennia, Toulouse is renowned for its impressive buildings and numerous monuments built with exposed bricks giving it the name of the pink city. Influenced by the major works of Haussmann in Paris, the 19th Century urban development and planning in Toulouse was organised around major axes and public amenities. These projects triggered 3 major street openings, realignments and extension plans transforming the urban structure of the city. The demolition of city walls (1808) and the retreat of octroi barrier (1821) allowed the expansion of the city till the canal. The traces of these urban transformation and various public places and amenities created as their consequences are important part of the urban heritage and landscape of the city.
The objective of the course is to explore and understand how the forces of Industrial Revolution transformed several major French cities like Toulouse and Paris. A study and analysis of a variety of case study sites ranging from public squares; street alignments and extensions; 19th Century water works; Public amenities and extension to the suburbs will build the student’s capacity for application of various analytical tools and methodologies for understanding Historic Urban Landscapes and their transformation. The expert guest lectures and site visits to various urban conservation projects will also provide an opportunity to understand the challenges related to conservation and development of this particular architectural, urban & landscape heritage of Toulouse. The course is a collaboration between CEPT & Toulouse School of Architecture.
Expenses for Students - Food & Stay - Rs 60000/- ; Local travel - Rs 10000/- ; Material Cost - Rs 3500/- 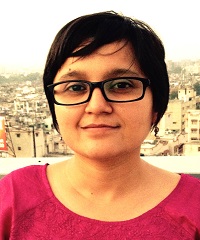 is a Conservation Architect and Adjunct Assistant Professor at CEPT. She completed her specialization in Conservation from the Ecole de Chaillot, Paris in 2007, and has over 15 years of work experience in the field of Architectural & Urban Conservation. Her key research interests include built heritage documentation, traditional building materials, historic settlements and urban landscapes. 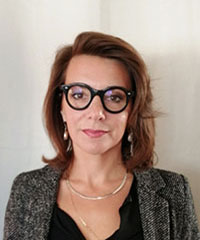 is a Ph.D. scholar pursuing a joint doctoral degree at Montreal University (UdeM) &National Toulouse Architecture School (ENSAT). She completed her architecture studies at Paris Belleville (ENSAPB) & Toulouse (ENSAT) in 2006. She has many years of international professional experience in the field of architecture in France, India & Africa. Since 2012, she teaches at ENSA, Toulouse