In this seminar we focus on the various religious and political factors that have shaped the morphology of Indian cities while carving out a substantial discourse within architecture at the micro scale. The course will be structured around three types of linkages across five curated case studies. Each presentation will be anchored to theoretical frameworks using journal articles, white papers and newspaper reports, that can be utilized by the participants to develop their own understanding of space. We begin by analyzing the evolution of ancient cities by studying Varanasi where people's lives and domestic spaces are inextricably connected to the religious town center. Thereafter we will compare Ahmedabad and New Delhi, both of which emerged as medieval cultural centers and were reimagined under colonialism and later post-independence modernism, creating de facto segregation amidst political upheavals. Finally we look at three architectural experiments, Amravati, Auroville and Central Vista in Lutyens Delhi, each of which became laboratories for architectural experimentation by renowned designers, that sought to merge Westernized aesthetics with traditional Indian motifs.

is an architect from Delhi. He graduated from Harvard Graduate School of Design. An India Design Leadership Fellow, he received the Gerald McCue Medal, Best Thesis Prize and grants from the South Asia Institute and the Joint Center for Housing Studies in Cambridge. He has practiced in New Delhi and New York, at the intersection of architecture, urbanism and anthropology. 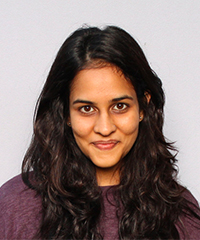 trained as an architect and received her undergraduate degree from CEPT University. She graduated from the Master in Design Studies program at Harvard Graduate School of Design, where her thesis focused on the architectural manifestation of national identity through state-sponsored projects.