UNDERSTANDING THE TRANS-HIMALAYAN COMMUNITY SETTLEMENT OF BAGORI VILLAGE IN UTTRAKHAND 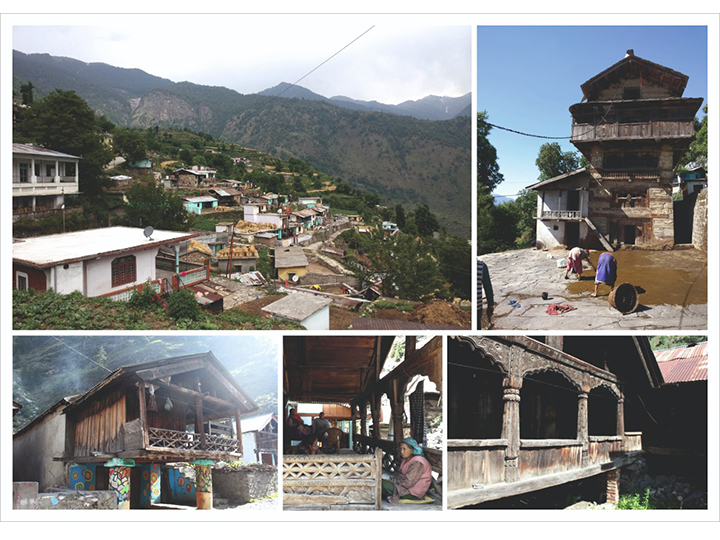 Bagori is an unexplored Trans-Himalayan settlement tucked away in the Garhwal Himalayas en-route Gangotri on the banks of river Bhagirathi. The valley is home to the trans-Himalayan community called the ‘Bhotiyas’. The Bhotiyas are at times mistaken for Tibetans because of their Mongolian appearances and cultural similarities. Historically, this community were pastoral nomads settled along the Indo-Tibetan Trade route, near the Indo-Tibetan border in the Nelang and Jadong Valley. After the war of India and China in 1962, they were relocated to Bagori and Dunda villages near Harsil in the Uttarkashi district of Uttrakhand, India. The Bagori village settlement is arranged in a linear manner with one-storey wooden houses flanked on either side of a central running road which acts as the spine to the village. This local construction technique is an amalgamation of cultural responses to extreme climatic conditions and various hazards. The resulting structures are earthquake resistant and use timber as reinforcement material and dry masonry stone as the infill. With time and growing aspirations, the village is transforming with respect to its building materials and construction techniques resulting in loss of its architectural and cultural identity. The summer school will focus on understanding the various factors (geographical, historical and social context) that have influenced the settlement pattern and architecture of the Bagori Village.The course will aim at documenting and understanding the houses with respect to its construction technology, material and spatial configuration. Documentation will be in terms of photographs, sketches, short videos and drawings.Expenses for Students - Local Travel - Rs. 2000/-, Food & Stay - Rs. 20000/-, Material Cost - Rs. 500/- 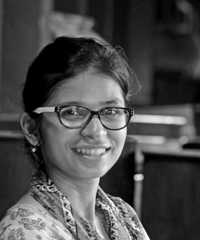 holds an M.Arch degree from CEPT University and is currently an Assistant Professor at SPA, Bhopal. Her research interest revolves around understanding various narratives, transitions and historical linkages between communities and built environment. 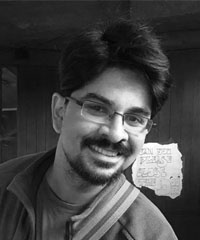 An Alumni of CEPT and Urban designer-Architect by profession, he has a keen interest in exploring and understanding various human settlements and their spatial arrangements. He is currently based in Vadodara with his own Practice.